Add 300 Plus Custom Icons to the Divi Theme 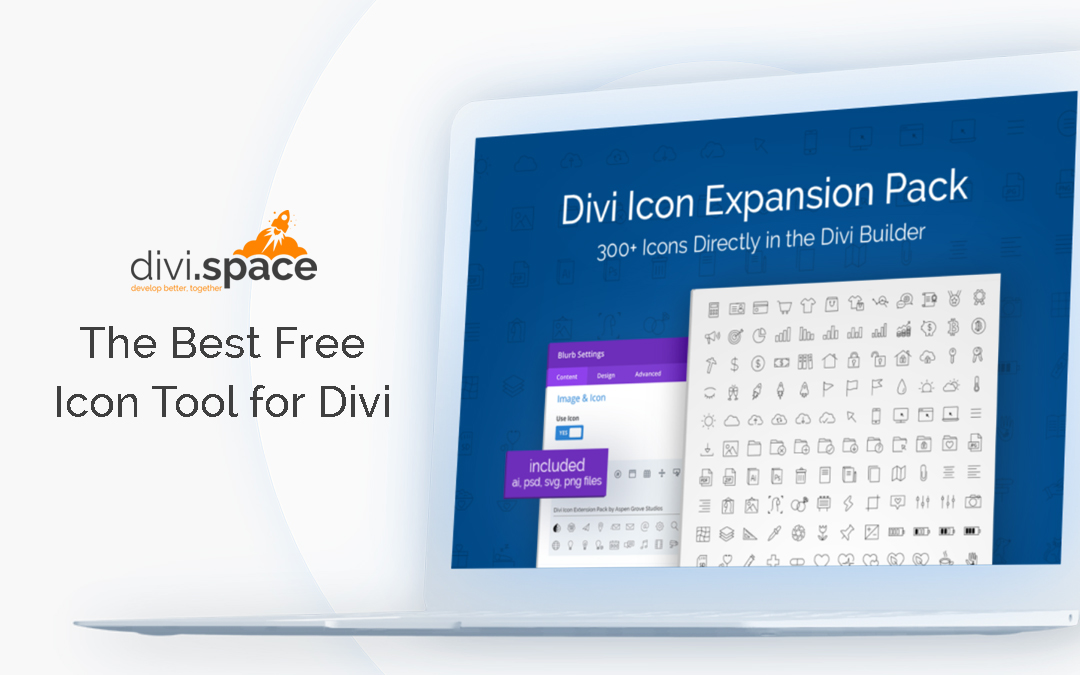 Helping an array of bloggers and businesses to advertise their products or services online, Divi is an incredible theme that allows its users to make a website with little to no knowledge of code.

While the Divi framework is extremely robust and certainly does cater to the masses, the theme falls victim to a few pitfalls, one of which is the limited number of icons.

We’re thrilled to announce that our latest Divi product opens up a whole new world of opportunities for Divi users looking to add more icons to Divi. If you’re looking to build truly unique Divi web designs, have a look at our brand new, super multifaceted product for Divi: Divi Icon Expansion Pack!

Traditionally, the Divi Builder ships with a number of standard icons. While these are satisfactory, they have not been updated since the Summer of 2015, leaving some users a little deflated. Adding extra icons to Divi would typically mean integrating the theme with an external icon resource such as Font Awesome.

While this integration is easy for some, other users may struggle with the handling of script code and the embedding of iframes into their page or post layouts. Solving this pain point, Divi Icon Expansion Pack makes it incredibly easy to add a collection of new icons to Divi, and use them directly within the Divi Builder.

More than just an icon set, the Divi Builder Icon Expansion Pack is comprised of a huge collection of over 300 graphic icons as well as a plugin that makes using these icons in Divi web build extremely easy. 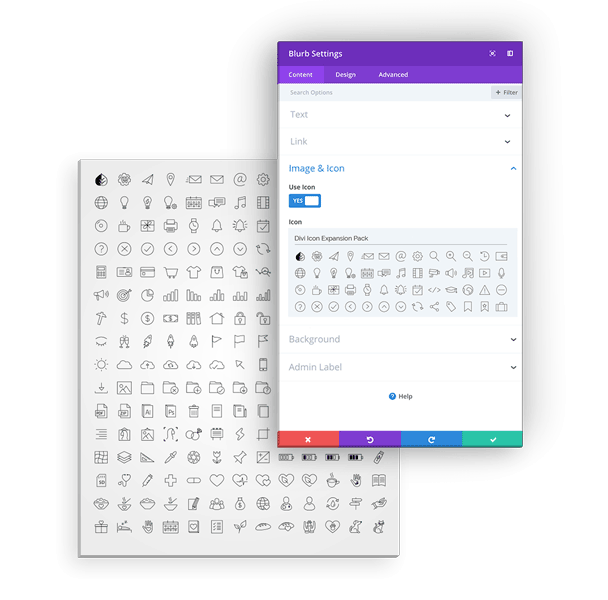 After installing and activating the Divi Icon Expansion Pack, the plugin will create a new menu item in the Divi Theme Options console. Here, all of the brand new Divi icons can be viewed, both in icon form as well as with the ‘code name’ below.

As well as a number of awesome all-purpose icons, there are also brand new social media icons, animal icons, business and productivity icons, and much more! In total, the Divi Icon Expansion Pack introduces a whopping additional 300 + icons into the Divi Builder! 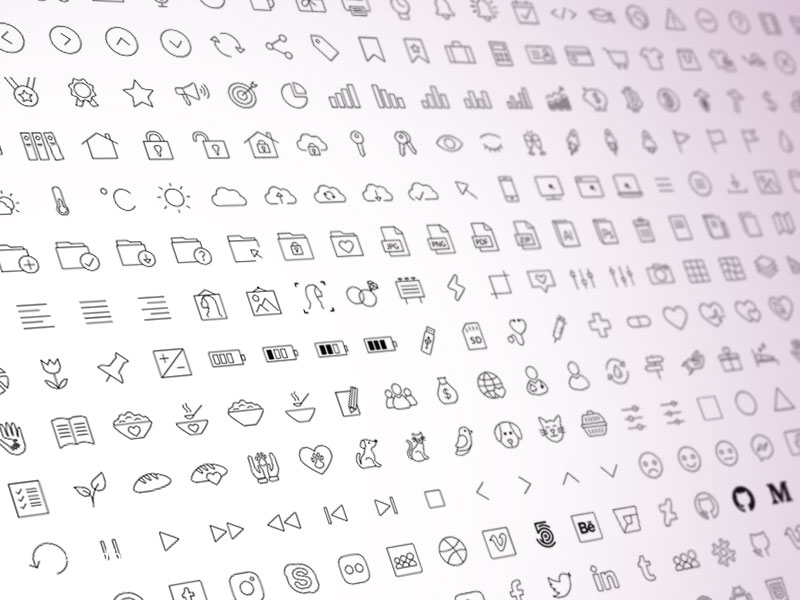 What makes the Divi Icon Expansion Pack even more incredible is that it has been built to grow over time! With this, every icon pack that we release will be included into the plugin, available for you to use after a plugin update.

As well as our own original icons that’ll automatically be added into the plugin, through the Divi Icon Expansion Pack, Divi users will soon be able to integrate other leading icon sites and vendors with the plugin, making it really easy to use external sources such as Font Awesome directly within the Divi Builder!

Beyond the plugin, the icons are also available as a downloadable file, in psd., ai., png. and svg. formats. The icons can easily be edited using the latest image enhancement software and used in many creative projects.

The icons are licenced under the Creative Commons license and can be used for both commercial and personal use.

The Divi Icon Expansion Pack is free to download and use, so head over to the Divi Space store and start building incredible Divi web designs and creative projects with the brand new icons!

If you’d like to change the look of the icons to match your website or brand aesthetic, read the following tutorial How to Edit the Free Icons in the Divi Nonprofit Child Theme for Divi.

Download Now!
We want to hear from you! Are you excited to use the new Divi Icon Expansion Pack? Are there any specific icons you’d like to see included? Let us know your thoughts in the comments below! We love receiving our feedback! Thanks for reading!

Lisa-Robyn is a qualified copywriter and brand strategist from Cape Town, South Africa.